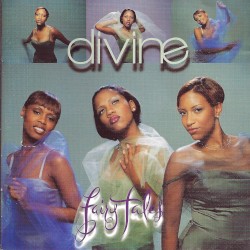 Divine was an American R&B girl group formed in 1996 who are best known for their 1998 hit single "Lately". Group members include Kia Thornton, Nikki Bratcher and Tonia Tash. All three women were teenagers when they were recruited by Pendulum Records owner Ruben Rodriguez to form Divine who were ultimately released on his label Red Ant Entertainment.

Divine made a cover version of the George Michael song "One More Try". The group disbanded in 2000.

Kia Thornton later auditioned for the sixth season of American Idol, where she was eliminated during the Hollywood rounds.