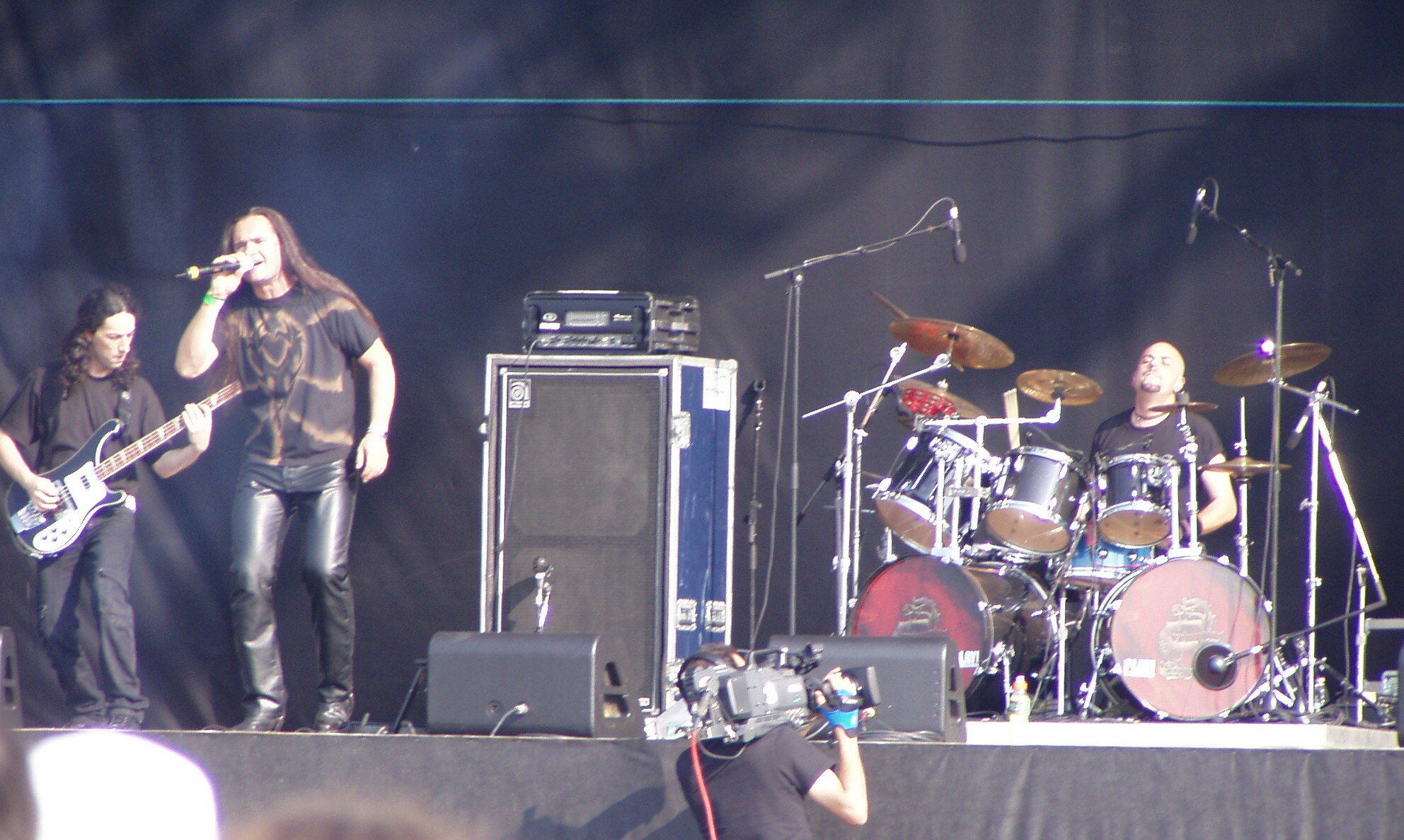 Domine is an Italian band formed in 1983. The power metal group from Florence, who began releasing demo tapes in 1986, got some attention with their first album, Champion Eternal, released in 1997. Domine went on to release four more albums, touring Europe and playing at many festivals. They have been linked to heroic fantasy and sword and sorcery writers like Michael Moorcock and Robert E. Howard for their lyrics related to the Elric of Melniboné and Conan the Barbarian novels.