Draco and the Malfoys

An Anthology of Slytherin Folk Music (2009) 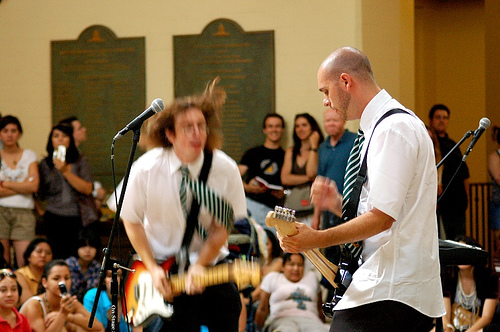 Draco and the Malfoys are a wizard rock band founded in Woonsocket, Rhode Island in 2004. The group is composed of half-brothers Brian Ross and Bradley Mehlenbacher, who both perform under the persona of Draco Malfoy from the Harry Potter book series.

Since the band’s formation in 2004, they have released five full-length studio albums, one extended play release, and have contributed to four compilation albums.

In late 2013 in an interview with Wizrocklopedia, Brian Ross confirmed that he and Bradley were in the process of making a new album and released a new single called "Cheat to Win".