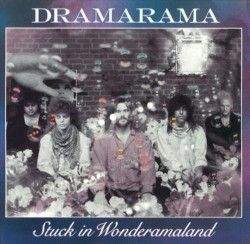 Dramarama is an American, New Jersey-based alternative rock/power pop band, who later moved to Los Angeles. The band was formed in New Jersey in 1982 and disbanded in 1994. The band formally reunited in 2003 following an appearance on VH1’s Bands Reunited reality show.

Since 1996, an evolving lineup of the band, always fronted by singer/songwriter John Easdale, has been performing in one incarnation or another (initially billed as Easdale solo but usually joined by former Dramarama bandmates), and from then until 2003 played occasional shows in the L.A. area, as well as in New Jersey. However, amid renewed interest since the VH1 Bands Reunited episode in January 2004 and a large-scale appearance at KROQ-FM’s annual Inland Invasion festival concert (attended by more than 78,000 fans) in September 2003, Dramarama then toured nationally and released a new, full-length studio CD titled Everybody Dies on October 25, 2005. Fifteen years later, they released their seventh album: Color TV.