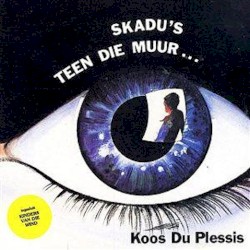 Jacobus (Koos) Johannes du Plessis (10 May 1945 – 15 January 1984) was a prominent South African singer-songwriter and poet, colloquially known as Koos Doep. Although he received critical acclaim for much of his work, he became best known for the runaway success of a rendition of his song "Kinders van die Wind" ("Children of the Wind") by Laurika Rauch.

Koos du Plessis was born in Rustenburg. He was the youngest of four children, and grew up in the mining town of Springs. After school, he attended the University of Pretoria, and the University of the Witwatersrand, majoring in Afrikaans-Nederlands (Afrikaans-Dutch). At university he met his future wife, Mornay. The couple had three daughters, Irma, Karien and Karla. Koos would eventually write a song for each of these four women in his life.

Koos worked as journalist and editor for several Afrikaans publications (Oggendblad, Die Vaderland, Die Nataller and Die Transvaler). He died in a motorcar accident close to Krugersdorp during the early morning hours of 15 January 1984.