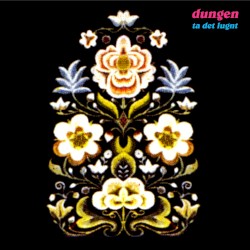 The band is fronted by singer/composer Gustav Ejstes, who writes all music and plays the majority of instruments on the band’s records. Live, Dungen plays as a four-piece. Ejstes, who in his teens started his songwriting with hip hop, is backed live by Swedish progressive rock veteran Reine Fiske on guitar, bassist Mattias Gustavsson, and drummer Johan Holmegard (who replaced Fredrik Björling), all of whom have played parts on Dungen’s studio albums.