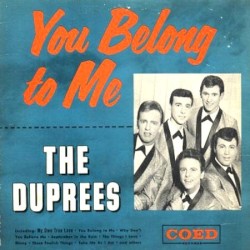 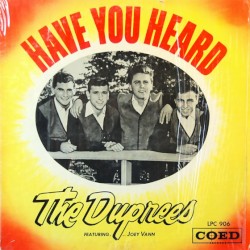 The Duprees are an American musical group of doo-wop style who had a series of hit records in the early 1960s. Their highest charting single, "You Belong to Me" reached No. 6 on the Billboard Hot 100 in 1962. In the early 1970s, they recorded as The Italian Asphalt & Pavement Company (also credited as I. A. P. CO.) with moderate commercial success.