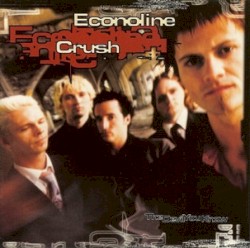 Econoline Crush is a Canadian rock band from Vancouver, British Columbia, formed in 1992. They have released five studio albums and are known for their charting singles such as "You Don’t Know What It’s Like", "Home", "Surefire (Never Enough)", "All That You Are (X3)", "Make It Right", and "Dirty". They achieved platinum status with the 1997 album The Devil You Know and also received two Juno nominations, in 1995 and 1998.