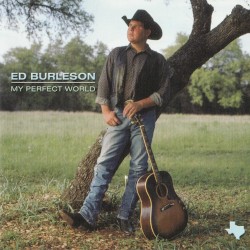 Ed Burleson is a Texas Country singer/songwriter from Denison, Texas.

Ed Burleson is a baby-faced, sixth-generation Texan who works construction by day and crafts traditionally minded honky tonk by night. He has counted among his supporters the late Texas legend Doug Sahm, who served as Burleson’s manager and co-produced his My Perfect World album. For that effort, Burleson was also joined by such elite Texas players as Bill Kirchen (Commander Cody) and Lloyd Maines, among others.