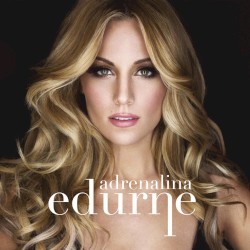 Edurne García Almagro (Spanish pronunciation: [eˈðuɾne ɣaɾˈθia alˈmaɣɾo]; born 22 December 1985) is a Spanish singer, actress, and television presenter. She rose to fame in late 2005 when she took part in the Spanish casting show Operación Triunfo on TVE and finished in sixth place in 2006. She represented Spain in the Eurovision Song Contest 2015 with the song "Amanecer" where she finished in 21st place.