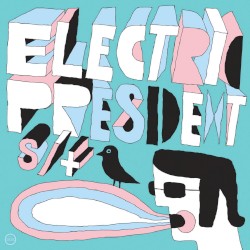 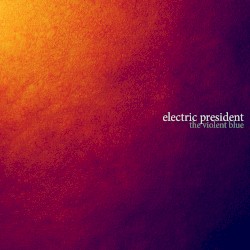 Electric President is a Jacksonville, Florida musical group started in 2003 by Ben Cooper and Alex Kane. Both were in Helicopter Project prior to its breakup though no music from this group was ever released. Afterwards the pair decided to continue to make music together. They subsequently completed three albums in six months. Ben Cooper is also a member of Radical Face (Formerly known as Radical Face Versus Phalex Sledgehammer), Iron Orchestra, and Mother’s Basement. The Electric President tracks and most of Ben Cooper’s projects are recorded in a tool shed in back of his house that he has converted into a recording studio.

Electric President’s first release was a pseudo-eponymous album (named "Self-Titled" rather than "Electric President") in early 2006. They gained limited mainstream fame after their music was featured on Fox Network’s hit show The OC. At the end of the thirteenth episode of season three, titled "The Pot Stirrer", the song "Insomnia" is prominently featured in the closing sequence.

In 2009 Electric President left Morr Music and released their third album, The Violent Blue, with Fake Four Inc. The album was largely made up of songs left over from the making of the group’s previous album, Sleep Well. After The Violent Blue, Electric President went into hiatus as Alex Kane wanted to further his career and Ben Cooper focused on other projects, like Radical Face.

Electric President’s mix of glitch, electronica and indie songwriting has been compared to The Postal Service, Styrofoam, The Weakerthans and Anticon’s cLOUDDEAD.

In 2013, Ben Cooper announced on the Radical Face website that himself and Alex were planning a fourth Electric President album. He also hinted that it could be a dance record.