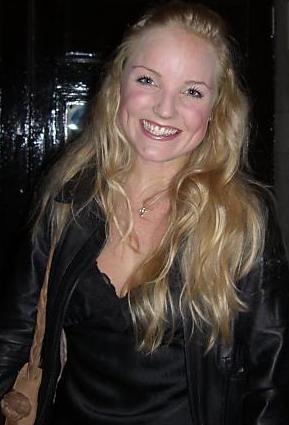 Kerry Jane Ellis (born 6 May 1979) is an English actress and singer who is best known for her work in musical theatre and subsequent crossover into music. Born and raised in Suffolk, Ellis began performing at an early age before training at Laine Theatre Arts from the age of 16.

Ellis made her first professional stage appearance in 1998 and went on to make her West End debut in the 2001 revival of My Fair Lady as an understudy for the role of Eliza Doolittle. In 2002, she landed the role of Meat in the original London cast of We Will Rock You and has subsequently played lead roles in musicals Les Misérables, Wicked (in the West End and on Broadway), Oliver! and Cats as well as appearing in national tours and concert productions of musicals like Miss Saigon, Chess, The War of the Worlds and RENT. Ellis, who has received several awards and nominations for her performances, has become recognised as the First Lady of West End musicals. She has also worked sporadically in film and television.

After meeting Queen guitarist Brian May in 2002, Ellis expanded her repertoire as a solo artist. She has released four studio albums Anthems (2010), which reached number 15 on the UK Albums Chart, the self-titled Kerry Ellis (2014), Golden Days (2017) and Feels Like Home (2020) as well as an extended play Wicked in Rock (2008) and a live album Acoustic by Candlelight (2013). Ellis also appears as a featured artist on several other albums. Ellis has performed in concerts across the world in addition to headlining solo concert tours like Anthems: The Tour and The Born Free Tour.

In addition to her musical work, Ellis involves herself in charity work for the Born Free Foundation with May and is the patron of several arts organisations. In 2019, Ellis received an honorary fellowship from the University of Suffolk.