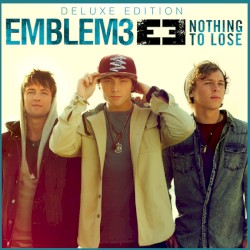 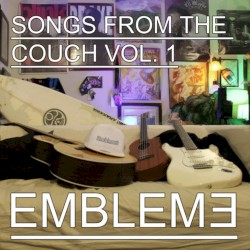 Emblem3 is an American rap rock band from Sequim, Washington, consisting of Wesley Stromberg (born December 6, 1993) , Drew Chadwick (born October 1, 1992) and Keaton Stromberg (born July 16, 1996). In 2013, they signed with Simon Cowell’s record label Syco Records and Columbia Records after finishing fourth on the second season of The X Factor. They have since been dropped from their record label.

Their first single, "Chloe (You’re the One I Want)", was released on April 15, 2013, and their debut album, entitled Nothing to Lose, was released on July 30, 2013.Due to Chadwick’s different musical visions, he left Emblem3 in June 2014. A year later, both Keaton and Wesley started separate musical projects, leaving Emblem3’s future uncertain. In September 2015, Emblem3 appeared at The Janoskians movie premiere, causing speculation that the three had reunited. Their reconciliation was later confirmed by the band on Twitter. On November 3, 2015, Emblem3 made a private announcement to fans who had signed up to their website, revealing they were working on a new album to be released in 2016, with a tour to follow. On February 1, 2016, Emblem3 released their first single since getting back together, "Now".

In September 2016 Wesley announced Emblem3 is branching out as individuals temporarily and stated it was not a break up.