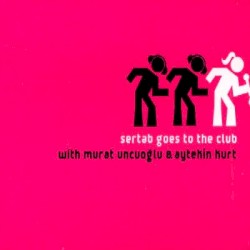 Sertab Erener (born 4 December 1964) is a Turkish singer, songwriter and composer. With her coloratura soprano voice, she started working as a backing vocalist for Sezen Aksu, and with Aksu’s help she released her first studio album in the 1990s. Because of her education in classical music, she initially had difficulties in performing pop music. Although she did experimental works from time to time, she eventually preferred to focus on making pop music instead of making avant-garde works, in order to make her music heard by a larger audience. In some of her works, she combined Western music and Eastern music, and benefited from operas as well as classical Turkish music together with ethnic elements. With her entrance to Europe’s market in the early 2000s, many of her works were also sold in Turkey as well as European countries.

With Sezen Aksu’s help, she made her debut in 1992 with the album Sakin Ol!, and made herself known as a Turkish pop music artist in the 1990s by releasing the albums Lâ’l (1994), Sertab Gibi (1997) and Sertab Erener (1999). From these albums, the songs "Sakin Ol!", "Aldırma Deli Gönlüm", "Ateşle Barut", "Sevdam Ağlıyor", "Aslolan Aşktır", "Yanarım", "Zor Kadın" and "Vur Yüreğim" became number-one hits in Turkey. In the early 2000s, she continued her work by releasing the songs "Kumsalda" and "Kendime Yeni Bir Ben Lazım". She won the Eurovision Song Contest 2003 with the song "Everyway That I Can", marking Turkey’s first victory in the competition. In 2004, she released the album No Boundaries, followed by Aşk Ölmez in 2005. After five years, she released another Turkish studio album Rengârenk in 2010, and the hit songs "Bu Böyle", "Açık Adres" and "Koparılan Çiçekler" made the album a successful work, and marked her return to the music market. After Rengârenk, she released the album Ey Şuh-i Sertab (2012), which was dedicated to her father. At the same year, she received the Best Female TSM Soloist award at the Golden Butterfly Awards. In 2013, her new album Sade was released. The songs "İyileşiyorum", "Öyle de Güzel" and "Söz" all became hits in Turkey. In 2016, with the release of Kırık Kalpler Albümü, Erener stated that she was returning to her 90s style. The album received favorable reviews, and "Kime Diyorum" and "Olsun" both became hit songs inside Turkey.

Erener has been praised for her music style and is one of the most successful artists who were discovered by Sezen Aksu. Due to her championship in Eurovision, she received the State Medal of Distinguished Service. In 2014, Hürriyet named her in its list of "91 Symbols of the 91st Anniversary of the Republic". Aside from her career as a singer, she also taught music at Müjdat Gezen Art Center for one year. Erener has been married three times, the second of which was to Levent Yüksel during 1990-96. She married Emre Kula in 2015. Throughout her career she has won seven Kral TV Video Music Awards as well as two Golden Butterfly Awards, and has received various other nominations.