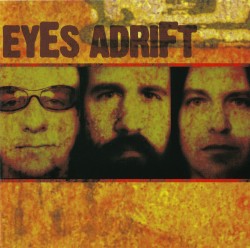 Eyes Adrift (known in Australia as Bud, Curt & Krist) was a three-piece rock supergroup consisting of Krist Novoselic (bass guitar, formerly of Nirvana), Curt Kirkwood (guitar and lead vocals, of Meat Puppets), and Bud Gaugh (drums, formerly of Sublime and Long Beach Dub Allstars). They released a self-titled album in 2002, which was a mixture of punk, grunge, and country, taking all of their previous backgrounds and putting them together. They toured the United States in mid-2002. They later broke up in 2003, after their debut album flopped. Kirkwood and Gaugh went on to form the supergroup band known as Volcano. The album is currently out of print. Novoselic went on to record songs with Foo Fighters and become a political activist in Seattle, Washington, before forming Giants in the Trees.

In Australia, there was another group called "Eyes Adrift", and rather than pay to license that name, the trio called the band and album "Bud, Curt & Krist".