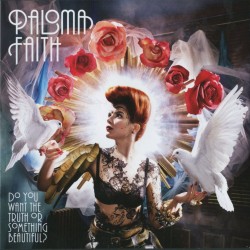 Do You Want the Truth or Something Beautiful? (2009) 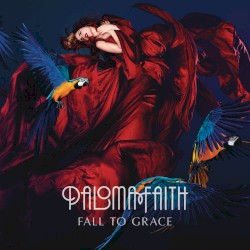 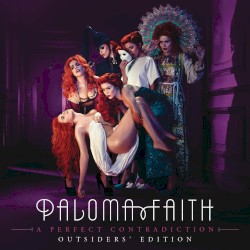 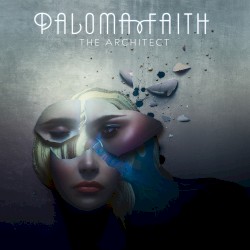 Paloma Faith Blomfield (born 21 July 1981), known professionally as Paloma Faith, is an English singer, songwriter, and actress. Faith is known for her retro and eccentric style. Faith met her managers Jamie Binns and Christian Wåhlberg in 2007. Her debut album, Do You Want the Truth or Something Beautiful? was released in 2009. It is certified double platinum in the UK. The album contains her first single, "Stone Cold Sober". The album also contains certified singles — "New York" and "Upside Down", both of which achieved a silver certification in the UK. The album earned Faith her first BRIT Award nomination in 2010.

In 2012, Faith released her second studio album, Fall to Grace, which debuted at number two on the UK Albums Chart. The album was critically well received and surpassed the success of her debut, earning her numerous award nominations in 2013. The album has been certified double platinum in the UK, and is overall the fourth best-selling album of the year in the nation. The album produced her first top ten single, "Picking Up the Pieces", the top twenty cover version of INXS’s "Never Tear Us Apart" and earned her two BRIT Award nominations for Best British Female and British Album of the Year. Faith released her third album, A Perfect Contradiction (2014), which stands as her most successful album to date, also receiving a double platinum certification. The album spawned two top-ten singles on the UK Singles Chart — "Can’t Rely on You" and "Only Love Can Hurt Like This" — with the latter topping the charts in Australia. In late 2014, Faith collaborated with Sigma on the track "Changing", which debuted at number-one on the UK Singles Chart and became Faith’s first chart topper in her native country. Faith won Best British Female Solo Artist at the BRIT Awards in 2015, after being nominated for the category a previous four times. "Ready for the Good Life" was also released from the album, which featured as the official soundtrack song for Absolutely Fabulous: The Movie (2016). Faith’s fourth album, The Architect was released in November 2017. The album debuted at number one in the UK, becoming Faith’s first album to debut at the top of the charts, and received a platinum certification.

She has also made feature film appearances in The Imaginarium of Doctor Parnassus, Dread, the 2007 remake of St Trinian’s and Youth. In 2016, Faith was announced as a judge for the fifth series of The Voice UK, but only remained on the show for one series due to her pregnancy. Faith gave birth to a child in December 2016.