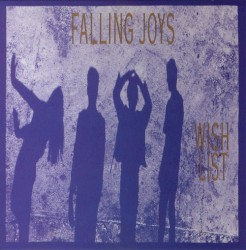 Falling Joys are an Australian alternative rock band formed in Canberra in 1985. The original line-up included Suzie Higgie on lead vocals and guitar and Stuart G. Robertson on bass guitar. By the end of 1988 Higgie and Robertson, now on guitar, were joined by Pat Hayes on bass guitar and vocals, and Pete Velzen on drums. They have released three albums, Wish List (1990), Psychohum (1992) and Aerial (1993). Both the latter two albums reached the ARIA Albums Chart Top 50. They disbanded in 1995 but reunited in 2011 and, again, in July 2016.