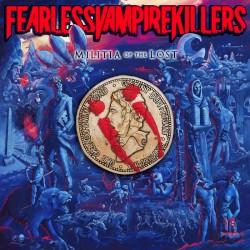 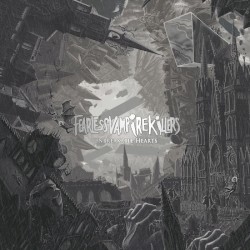 FVK (Fearless Vampire Killers) were a five-piece English theatrical alternative rock band formed in Beccles in 2008. Their line-up consisted of vocalist and rhythm guitarist Laurence Beveridge, vocalist and rhythm guitarist Kier Kemp, bassist Drew Woolnough, lead guitarist Cyrus Barrone (Shane Sumner) and drummer Luke Illingworth (Pilnahn). The name of the band originated from the 1967 Roman Polanski comedy horror film The Fearless Vampire Killers.Their debut studio album Militia of the Lost was set for release on 7 May 2012 through Goremount Records, but the physical release was pushed back to 14 May 2012. The digital release went ahead as planned. A deluxe version of the CD, containing more exclusive artwork, was released at the same time. In 2014, they were an opening act for Black Veil Brides’ tour. They released their new ’mini-album’, Bruises in 2015.

The band announced their breakup on July 4, 2016 in a Facebook post, due to Kier Kemp’s decision to leave.