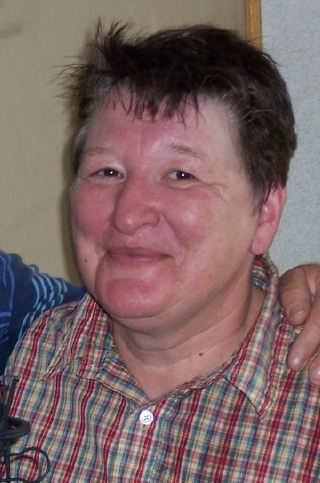 Ferron (born Deborah Foisy on 1 June 1952) is a Canadian-born singer-songwriter and poet. In addition to gaining fame as one of Canada’s most respected songwriters, Ferron, who is openly lesbian, became one of the earliest and most influential lyrical songwriters of the women’s music circuit, and an important influence on later musicians such as Ani DiFranco, Mary Gauthier and the Indigo Girls. From the mid-eighties on, Ferron’s songwriting talents have been recognized and appreciated by music critics and broader audiences, with comparisons being made to the writing talents of Van Morrison, Bob Dylan, and Leonard Cohen.