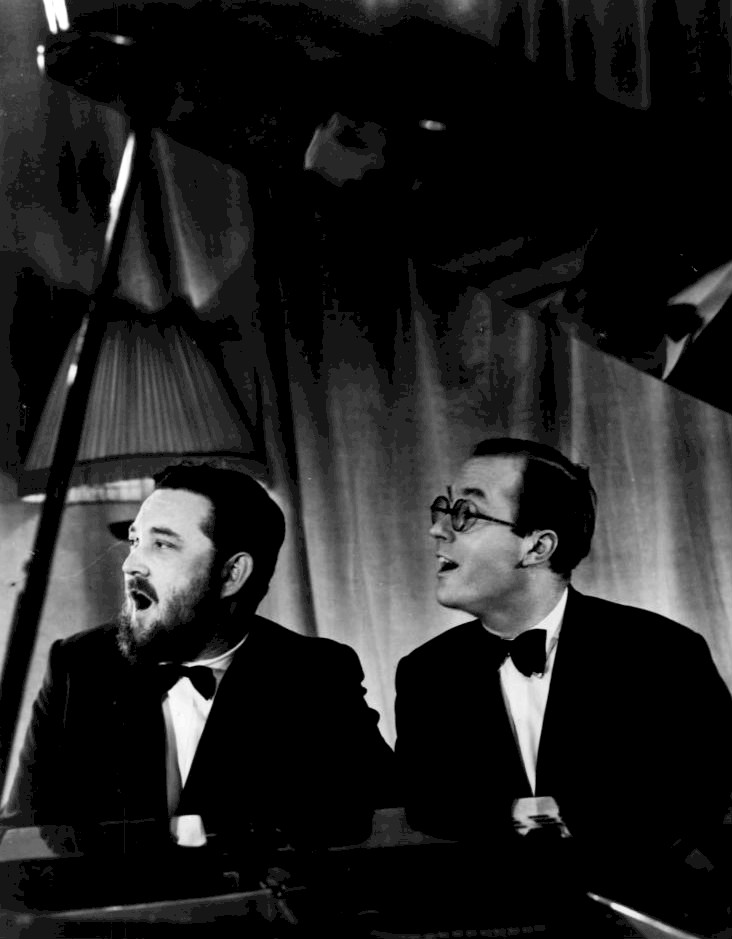 Flanders and Swann were a British comedy duo. Actor and singer Michael Flanders (1922–1975) and composer, pianist, and lyricist Donald Swann (1923–1994) collaborated in writing and performing comic songs. They first worked together at a school revue in 1939 and eventually wrote more than a hundred comic songs together.Between 1956 and 1967, Flanders and Swann performed some of their songs, interspersed with comic monologues, in their long-running two-man revues At the Drop of a Hat and At the Drop of Another Hat, which they toured in Britain and abroad. Both revues were recorded in concert, and the duo also made several studio recordings.