The Forces of Evil 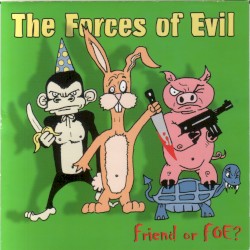 The Forces of Evil was an Orange County-based third wave ska band, formed in January 2001 with the intention of creating a ska supergroup. The band split in 2005 after releasing a four-song EP, which was available on their website. Their website hasn’t seen an update since December 2004, and their touring has ceased.