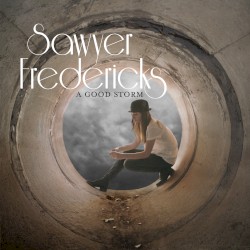 Sawyer Christopher Fredericks (born March 31, 1999) is an American singer–songwriter who won the eighth season of The Voice in 2015. Choosing Pharrell Williams as his coach, Fredericks set series iTunes sales records and became the youngest winner in the history of the competition.Fredericks released an EP, Sawyer Fredericks, on November 28, 2015; the EP reached #2 on the Billboard Folk chart. In May 2016, he released the LP A Good Storm, which debuted at #2 on the Billboard Folk chart. Fredericks completed a 49-show US tour to support A Good Storm. He released another LP, Hide Your Ghost, on March 30, 2018.