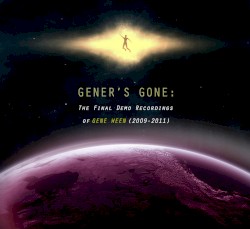 Aaron Freeman (born March 17, 1970), better known by his stage name Gene Ween, is an American musician and a founding member of the experimental alternative rock group Ween. Freeman, along with childhood friend Dean Ween (Mickey Melchiondo), started the group in the mid-1980s.

Freeman announced his departure from Ween in 2012, shortly after releasing Marvelous Clouds, his first solo album. After leaving Ween, he stopped using the name Gene Ween and performed under his birth name Aaron Freeman. In 2014 he formed a new five-piece band called Freeman.

In 2015, Freeman returned to using the Gene Ween name for his "Gene Ween Does Billy Joel" concerts, saying it was a positive thing:At the end of the day, people know Gene Ween. It’s not anything I should be ashamed of...I was really having an identity crisis and that happens – just what you said – so it’s important to separate those things. You get lost in who you are. As I grow and get more confident in who I am and my sobriety it’s like, ’Oh yeah, Gene Ween.’ It’s a positive thing and it represents the work I did since I was 16.