From Ashes to New 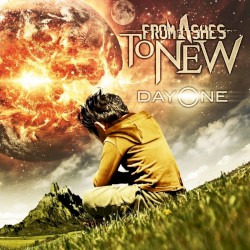 From Ashes to New is an American rock band from Lancaster, Pennsylvania. The band’s lineup frequently shifts, vocalist Matt Brandyberry being the founding and sole constant member. The band has released two studio albums, Day One (2016) and The Future (2018), and has found success with some of its singles, including "Through It All" and "Crazy", which have reached number 6 and 3 respectively on the Billboard Mainstream Rock Songs chart.