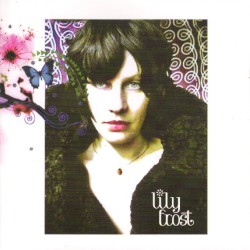 Lily Frost, born Lindsey Frost Davis, is a Canadian independent singer-songwriter from Toronto, Ontario. Bilingual in French and English, she is a cross-genre, multi disciplinary singer/songwriter/performer and recording artist.

Born in Toronto, she studied jazz at Concordia University in Montreal and honed her craft in Vancouver as the lead singer of the lounge band The Colorifics, signing as a solo artist to Nettwerk Records. She moved back to Toronto where she has released several records with Aporia/Outside and two with Marquis/EMI, as well as her most recent self-released album, Retro-Moderne.