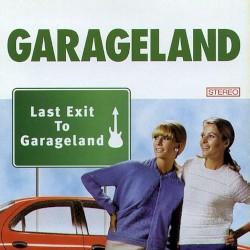 Garageland are a New Zealand indie rock band on the Flying Nun record label formed in Auckland in 1992. Influenced by Pixies, Pavement, The Clean and The Velvet Underground, they were critically acclaimed in the UK and United States for their well-crafted and catchy pop songs. The band took its name from Garageland, a song by The Clash. Their non-album single "Feel Alright" from 1998 included former The Velvet Underground member John Cale on piano.They re-formed for a one-off gig in Auckland in November 2007 and to play The Others Way festival in September 2015