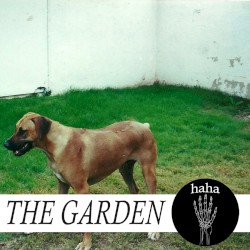 The Garden is an American experimental rock band from Orange County, California, formed in 2011 by fraternal twin brothers Wyatt and Fletcher Shears. The duo released their debut album The Life and Times of a Paperclip in 2013, with several smaller releases following. In 2015, the group released their second studio album Haha along with the lead single "All Smiles Over Here :)" to critical acclaim after being signed to Epitaph Records. They released their third album Mirror Might Steal Your Charm in March 2018, and their fourth album, Kiss My Super Bowl Ring was released in March 2020. The brothers have toured across the US, Europe, United Kingdom, China, Japan, New Zealand, Australia, Canada, Mexico, and in 2019, they appeared at Coachella.