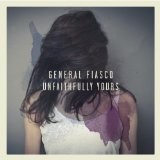 General Fiasco are an indie rock group from Bellaghy, Northern Ireland. Since their formation in 2006, they have toured with Little Comets, Fighting With Wire, The Wombats, One Night Only, The Pigeon Detectives, The Enemy, Jet and Kids in Glass Houses. They released their debut album Buildings on 22 March 2010 on Infectious Records and released their second album Unfaithfully Yours on 30 July 2012 on Dirty Hit.