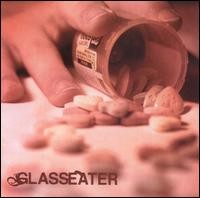 Glasseater was a post-hardcore band from Miami, Florida. The band formed in 1998 as a duo, eventually expanding to a quintet. Energetic live shows got the band signed to Ides of March Records in 1999, and a second album was released on Eulogy Recordings in 2000. Nationwide touring ensued, opening for Black Flag, 311, Dashboard Confessional, and Pennywise. Signing to Fearless Records, the band re-released their second album and recorded a third, soon moving on to Victory Records to record their fourth album in 2003. Glasseater performed one final time in Miami on July 31, 2010 at Churchill’s Pub. The show involved both versions of the band with original vocalist Jason Calleiro and later vocalist Julio Marin alternating vocal duties throughout the show. The show is considered their reunion as well as their final show, because the band never played a farewell show before their hiatus in 2003.The band announced in December 2013 that they would reunite for at least one show at Churchill’s Pub in their hometown Miami, Florida on February 22, 2014