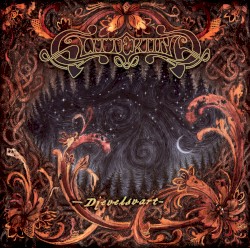 Glittertind is a Norwegian indie folk-rock band, which started up as a one-man project in 2001 featuring Torbjørn Sandvik as the driving force. In 2010, the band had a full line-up that consisted of Sandvik doing vocals and rhythm-guitar, Geirmund Simonsen playing accordion, rhythm-guitars, programming, Stefan Theofilakis on flutes, Geir Holm on drums, Olav Aasbø on lead-guitar, and Bjørn Nordstoga on bass.