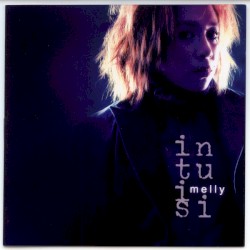 Melliana Cessy Goeslaw (born 7 January 1974), better known by her stage name "Melly Goeslaw", is an Indonesian singer, songwriter, composer, and music producer. She began singing while in the fifth grade, then began writing songs and took work as a backing vocalist for Elfa Secioria in high school. This led to her family and her moving to Jakarta to further her career. While providing backing vocals for a promotional tour by Katon Bagaskara, she met Anto Hoed and Andi Ayunir. After marrying Hoed, the three formed the band Potret in 1993. Their 1995 debut album was well received, bringing Goeslaw and her bandmates to fame. After releasing several albums with Potret, Goeslaw attempted to begin a solo career, releasing her self-titled debut album Melly in 1999. Although Melly sold well, she became more popular as a solo artist after providing the soundtrack for the 2002 hit film Ada Apa dengan Cinta? together with her husband. Her later releases include solo albums and soundtracks. In 2005, she released a collection of short stories to celebrate her tenth anniversary as a popular musician; four years later, she directed a concert to celebrate the bicentenary of Bandung city. As of 2011, she has written over 500 songs.

Goeslaw’s onstage persona has been compared to Björk, with "eccentric" costumes, heavy make-up, and "wild" hair colours. Her early songs have been described by The Jakarta Post as being "deliberately antagonistic", with controversial themes including materialism, sadomasochism, and violence against women. Two of her songs with Potret, "Salah" and "Bunda", were selected by Rolling Stone Indonesia as some of the best Indonesian songs of all time, while her work with Ada Apa dengan Cinta? garnered her and her husband a Citra Award at the 2004 Indonesian Film Festival. However, Rolling Stone notes a decline in song quality after Ada Apa dengan Cinta?. According to The Jakarta Post, Goeslaw is one of the most sought after movie songwriters in Indonesia.