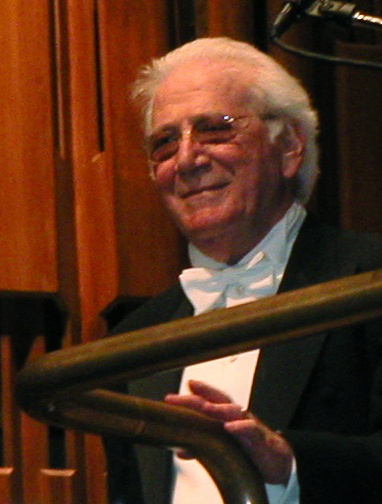 Jerrald King Goldsmith (February 10, 1929 – July 21, 2004) was an American composer and conductor, most known for his work in film and television scoring. He composed scores for five films in the Star Trek franchise and three in the Rambo franchise, as well as for Logan’s Run, Planet of the Apes, Patton, Chinatown, Poltergeist, Gremlins, Hoosiers, Total Recall, Air Force One, L.A. Confidential, Mulan, and The Mummy. In May 1997, with the release of The Lost World: Jurassic Park, he gained more popularity with his fanfare of the 1997 Universal Studios opening logo and the short version of the fanfare for its television arms, which would be among the most iconic studio logo music of all-time.

He collaborated with some of film history’s most accomplished directors, including Robert Wise, Howard Hawks, Otto Preminger, Joe Dante, Richard Donner, Roman Polanski, Ridley Scott, Michael Winner, Steven Spielberg, Paul Verhoeven, and Franklin J. Schaffner. His work for Donner and Scott also involved a rejected score for Timeline and a controversially edited score for Alien, where music by Howard Hanson replaced Goldsmith’s end titles and Goldsmith’s own work on Freud: The Secret Passion was used without his approval in several scenes.