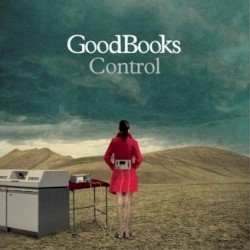 GoodBooks were an English indie rock band from Sevenoaks in Kent. They first received media attention upon releasing their self-published EP Valves and Robots in June 2005.

The band signed to Transgressive Records in late 2005 for one single (bassist Christopher Porter has the date the band signed their record deal tattooed on his left wrist) and released "Walk With Me" in April, before being signed by Columbia Records shortly after. GoodBooks disbanded after their last gig on 28 June 2009.

The name GoodBooks was suggested to Max Cooke at a gig by the children’s TV presenter Holly Willoughby.