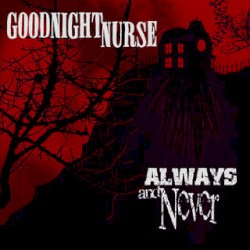 Goodnight Nurse was a New Zealand pop punk band formed in Auckland in 2001. The group originally began as a trio, but later changed to a four-piece prior to the release of their second album. It consisted of lead vocalist Joel Little, guitarist and back up vocalist Sam McCarthy, bassist Rowan Crowe, with drummer and back up vocalist Jaden Parkes.The band has released two studio albums, Always and Never (2006) and Keep Me On Your Side (2008). Both peaked at number five on the New Zealand Top 40 Album chart. The albums combined have spawned nine singles to date, with Goodnight Nurse having a top 40 single in New Zealand every year since 2004, the most recent being 2009’s "Lay With Me".