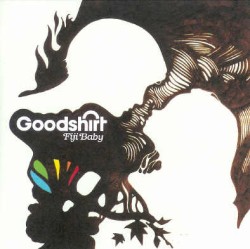 Goodshirt are an alternative/pop/rock band from Auckland, New Zealand. The band formed when keyboardist Gareth Thomas left his computer recording setup with the Fisher brothers, Rodney and Murray, for safe keeping.After the band, then still a three piece, submitted their song Green to a track competition run by radio station 9inety6dot1, then station manager Grant Hislop became their manager. Subsequently, drummer Mike Beehre joined the band.Their fourth single from their debut album Good, Sophie, was a number one single in New Zealand. Good was released in Canada, Australia, and Japan.A second album, Fiji Baby, was released in 2004. Like its predecessor, it reached number 5 in the New Zealand charts.The band went on hiatus in 2005 when Rodney Fisher moved to London to work with Breaks Co-Op, but reunited in 2011, and in early 2012 they began playing again with support gigs for Hall & Oates and Icehouse as part of the A Day on the Green festival. In May 2012 Goodshirt released the new EP Skinny Mirror and including the singles "So Charming" and "Out of Our League".In 2014, the band released a cover of "Sierra Leone" originally by Coconut Rough. It was made available as a free download through their SoundCloud band page, along with the release of an official music video on YouTube.