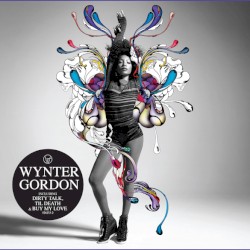 Diana Gordon, previously known by her stage name Wynter Gordon, is an American singer-songwriter. She began as a writer for other artists, later signing with Atlantic Records where she began working on an album. She has performed backing vocals in the studio and she continues to collaborate on writing. Her debut album With the Music I Die was released in 2011.