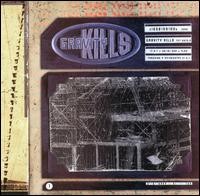 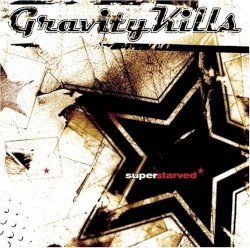 Gravity Kills is an American industrial rock band from St. Louis, Missouri. Their music was described by one critic as "a blending of eerie industrial rock with a pop-infused melodic chorus and a bit of hard-core head banging."The band was formed in 1994. They had their first hit single with "Guilty", a track later released on their self-titled album Gravity Kills. Gravity Kills’ songs were featured on the soundtracks for Mortal Kombat, Se7en, Escape from L.A., and Kissing a Fool, as well as video games like Test Drive: Off-Road. They have toured with such bands as Sevendust and Pigface.

The band released two additional albums of new material, Perversion in 1998 and Superstarved in 2002, as well as a remix album in 1997. Their singles "Falling," from Perversion and "One Thing," from Superstarved, achieved minor success.

In August 1999, drummer Kurt Kerns left the band to pursue a career in architecture. Gravity Kills departed TVT Records and signed to Sanctuary Records and drummer Brad Brooker joined the band to perform and release the third album Superstarved. Following a severe injury to keyboardist Doug Firley’s hands, and lack of tour support from their record label, they were unable to complete a tour for Superstarved and broke up in 2003.

Since 2006, Gravity Kills has reunited for occasional one-off festivals and shows.