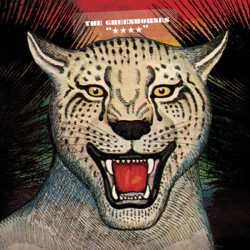 The Greenhornes were an American garage rock band from Cincinnati, Ohio, formed in 1996 by vocalist/guitarist Craig Fox, bass guitarist Jack Lawrence and drummer Patrick Keeler. They released their debut album Gun For You in 1999, followed by a self-titled album in 2001. A third studio album, Dual Mono, was released in 2002, with the band taking a small hiatus. The Greenhornes returned in 2005 to release a new EP, East Grand Blues, and a compilation album, Sewed Soles. During this time, Lawrence and Keeler formed The Raconteurs with Detroit musicians and personal friends Jack White and Brendan Benson, leaving very few performances and interaction with Fox. In 2010, the band reunited once again to record a studio album, Four Stars, their first in eight years.