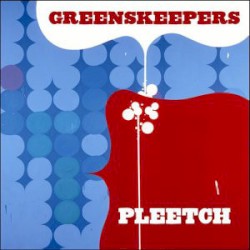 Greenskeepers are an indie rock/new wave band from Chicago. Their song "Lotion" is a tribute to the character Buffalo Bill, the fictional serial killer featured in the 1991 film, The Silence of the Lambs. "Lotion" also came in at #90 in the 2004 Triple J Hottest 100.