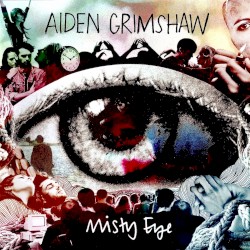 Aiden Samuel Grimshaw (born 4 December 1991) is an English singer, songwriter and actor who is better known by his stage name Butterjack. He successfully made it to the live shows in the seventh series of The X Factor in 2010 and finished ninth. After his elimination, Grimshaw was signed by RCA Records.

On 3 June 2012, he released his debut single "Is This Love", which debuted at number 35 on the UK Singles Chart. His debut album Misty Eye was released on 20 August 2012 and reached number 19 on the UK Albums Chart.