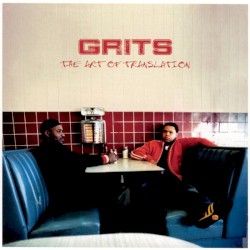 Grits is a Christian hip hop group from Nashville, Tennessee. Their name is an acronym, which stands for "Grammatical Revolution In the Spirit". GRITS is made up of Stacey "Coffee" Jones and Teron "Bonafide" Carter, both of whom were DC Talk dancers.Their song "Ooh Ahh" has appeared on the MTV show My Super Sweet 16. It is also used as the theme song of The Buried Life and on the soundtracks to The Fast and the Furious: Tokyo Drift and Big Momma’s House 2. Their song "Tennessee Bwoys" was used on the popular television show Pimp My Ride. GRITS were also recently involved in !Hero The Rock Opera. GRITS recorded a remix of professional wrestler A.J. Styles’ entrance music and performed it on the May 28, 2009, episode of TNA Impact!.