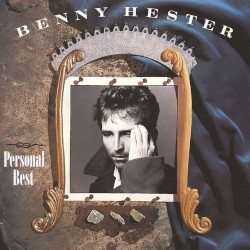 Benny Ray Hester (born May 3, 1948) is an American musician, singer, songwriter and recording artist. He is perhaps best known for his songs "When God Ran" and "Nobody Knows Me Like You", and for producing the groundbreaking tween/teen music-driven sketch comedy and dance television series Roundhouse on Nickelodeon. Hester received a television Cable Ace Award for the song "I Can Dream" and a collection of nominations for writing and producing a featured original song for each weekly episode of Roundhouse during its successful four-year run. He has written and recorded more than 25 number one and top ten songs.Hester’s recording of his song "When God Ran" touched the consciousness of Christians worldwide, and is one of the longest running number one songs in Contemporary Christian Music history, number one for 13 weeks, and the number three song in the 60-year history of Word Records. “When God Ran” continues to be rerecorded by artists in many languages and musical genres, including adult contemporary, pop, rock, R&B, alternative, and Southern Gospel, making it to the top of the charts repeatedly.