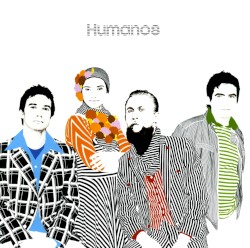 Humanos (Portuguese for Humans) is the name of a musical band from Portugal formed in 2004. The idea behind it was to bring to light some unreleased songs by an iconic Portuguese artist, a singer-songwriter from the 1980s, António Variações.

David Fonseca, Manuela Azevedo (the lead singer of another Portuguese music group, Clã), Camané (one of the most famous Portuguese fadistas), Sérgio Nascimento (a member of Sérgio Godinho’s band), Hélder Gonçalves (also from Clã), Nuno Rafael and João Cardoso are the seven members of a group responsible for what became an unmatched success at that point in the Portuguese music scene.

The homonymous album Humanos scored quintuple platinum status, staying for weeks in #1. "Muda de Vida", "Maria Albertina" and "Rugas" are just some of the group hits.

All this culminated in three sold out concerts, two of them in Coliseu dos Recreios (Lisbon) and the other in Porto. There was also another memorable performance, in front of a crowd of 40,000 people, at the Festival do Sudoeste Portuguese summer music festival, in 2005.

Humanos however was a short-lived project, as there were few unreleased António Variações’ songs. Thus, the release, in November 2006, of a CD and a DVD recorded at the Coliseu concerts, marked the end of the Humanos project.

All songs by Humanos were written by António Variações who recorded them as demos only and kept them in a shoe box, found after his death.