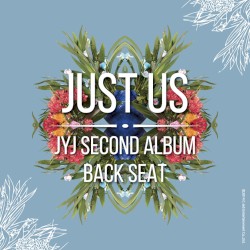 JYJ (formerly known as Junsu/Yuchun/Jejung in Japan) is a South Korean pop group formed in 2010 by Kim Junsu, Kim Jae-joong, and Park Yoo-chun, the three former members of TVXQ. Their group name is taken from the initial letters of each member’s names. The group is managed by C-JeS Entertainment in Korea.

In April 2010, they released their debut record, the Japanese EP The..., which topped the Japanese Oricon Albums Chart. Their subsequent releases, including their global debut album, The Beginning (2010) and their second studio album and first Korean full-length album, In Heaven (2011), all debuted at number one on the Korean Gaon Album Chart. JYJ is the first K-pop group to perform in Chile and Peru.Following Yoochun’s departure from C-Jes Entertainment in 2019, Jaejoong and Junsu have continued their solo activities under the company.