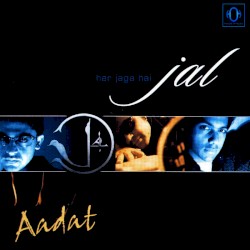 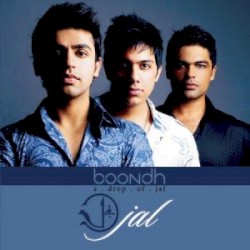 The band initially achieved commercial success with the release of their music video "Aadat", directed by Umer Anwar, in 2003. After the success of the single, lead vocalist Atif Aslam parted ways with the band, due to differences with lead guitarist Goher Mumtaz, to pursue a career as a solo artist. This led to Mumtaz recruiting musicians Farhan Saeed on vocals and Aamir Tufail aka Shazi on bass guitar. The band’s new line-up followed with the release of their début studio album, Aadat, in 2004. The album was declared as the best selling album of 2004 on Geo TV by the record label Sadaf Stereo. Soon afterwards, the band recorded and released their second studio album Boondh in 2007, which topped several music charts in South Asia. The band went on to win the MTV Asia Award for Favorite Artist India in 2006. In 2011, Farhan Saeed also left the band to pursue a solo career, with Goher Mumtaz taking over as the lead vocalist of the band. Jal came out with their third studio album ’Pyaas’ which was released to the fans delight on 11 March 2013 in both Pakistan (by Hum Network, M Records) and India (Universal Music). The album ’pyaas’ featured remixes by DJ AKS. But even after that, On 23 December 2013, Aamir Tufail aka Shazi officially left the band.Jal performed songs from their album Pyaas, apart from their old hits, in London’s O2 Arena in June 2013.