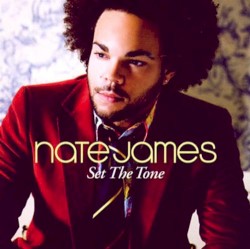 He released on his Frofunk imprint via Independent Labels around the world and became one of the most successful independent soul recording artists globally. James has sold over 1,000,000 albums and he has had airplay hits in both Europe and Japan. He won the Festivalbar in 2006. The Festivalbar is an Italian singing competition that takes place in the most important Italian squares such as the Piazza del Duomo in Milan.

He released his second album Kingdom Falls in 2006. In February 2008, James and his band performed on the BBC show Later... with Jools Holland. In 2007, James won the Urban Music Awards’ Best Album (Kingdom Falls) and Best Neo-Soul Artist. Nate was a contestant on the BBC’s prime time television show The Voice UK in April 2013.