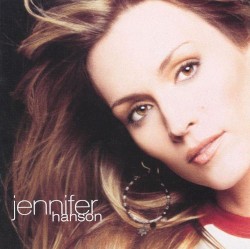 Jennifer Kathleen Hanson (born August 10, 1973) is an American country music artist, songwriter and record producer. She made her artist debut in 2002 with the release of her single “Beautiful Goodbye”. The song went on to become a top 20 hit on Billboard’s Hot Country Songs reaching #16 in March 2003, the highest-charting debut single by a female country artist for that year. Her self-titled debut album, Jennifer Hanson, was released that same year on Capitol Records to critical acclaim, and in 2003 Hanson was nominated for the Top New Female Vocalist award from the Academy of County Music. She received a nomination that same year for CMT Breakthrough Video of the Year for her video “Beautiful Goodbye”, directed by Trey Fanjoy.