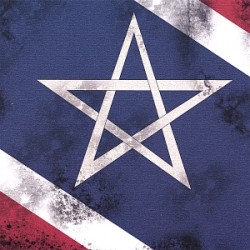 Joe Buck is the stage name of Jim Finklea, an American country and punk rock musician from Murray, Kentucky. His primary instruments are double bass and guitar.

Joe Buck’s first serious musical project was called Gringo. They released self-titled "Gringo" on Pravda Records in 1995. The lineup consisted of Jim (Joe Buck) on vocals and guitar, Leila Vartanian on vocals and bass, and Tim Krause, who produced the CD, playing drums. It is a polarized collection of ballads and throbbing rockers. The follow-up CD, "Combine" was released on Pravda Records in 1997. It is a blend of country and newgrass and is musically distinct from the first CD. The lineup consists of Jim and Leila as before but the drums are replaced by Martin O’Doherty on banjo.

In the late 1990s, Joe Buck emerged as the guitarist for Th’ Legendary Shack Shakers. He played all guitar, bass and drums on their 2003 album Cockadoodledon’t.

As a solo artist, he tours internationally under the moniker "Joe Buck Yourself" and is represented by Bucket City Agency, a booking agency which he co-founded.

He and a former girlfriend, Leila, once owned Jim and Layla’s Bar, a honky tonk in downtown Nashville, Tennessee. After splitting up, Leila obtained ownership of the establishment which is now known as "Layla’s Bluegrass Inn".