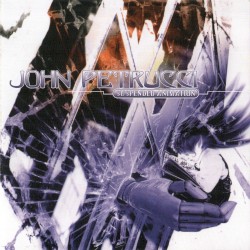 John Peter Petrucci (born July 12, 1967) is an American guitarist, composer and producer. He is best known as a founding member of the progressive metal band Dream Theater. He produced or co-produced (often with former member Mike Portnoy before he departed the band in 2010) all of Dream Theater’s albums from Metropolis Pt. 2: Scenes from a Memory (1999) to Distance Over Time (2019), and has been the sole producer of the band’s albums released since A Dramatic Turn of Events (2011). Petrucci has also released two solo albums: Suspended Animation (2005) and Terminal Velocity (2020).

Regarded as "One of the most celebrated guitarists alive" by Premier Guitar, Petrucci has performed as the third guitarist on the G3 tour seven times, more than any other invited guitarist. In their article "John Petrucci: The Ultimate Evolved Guitarist", Premier Guitar calls Petrucci "One of the best who’s ever laid a hand on a fretboard". He was voted "Best Prog guitarist" by The Prog Magazine and the "Greatest Guitarist" by Burrn magazine and Mariskalrock. Guitar World magazine lists Petrucci among the "Fastest Guitarists of All Time" and calls him "the most celebrated and popular guitarist in the world of progressive metal" and "arguably the most versatile and proficient player in his realm, with a highly developed melodic sense and an alternate picking technique that is virtually untouchable as far as speed and precision", while also ranking him among the top 5 "Best Guitarists of the Decade".In 2019, Petrucci won the SENA Performers European Award. Joel McIver’s 2009 book The 100 Greatest Metal Guitarists ranks Petrucci second, after Dave Mustaine. He was also named as one of the "Top 10 Greatest Guitar Shredders of All Time" by GuitarOne magazine. In 2012, Petrucci was ranked the 17th greatest guitarist of all time by a Guitar World magazine reader’s poll. According to Forbes, the Ernie Ball-Music Man John Petrucci JP6 is the second best selling signature model of all time, behind only the Gibson Les Paul, which isn’t technically an artist signature model.