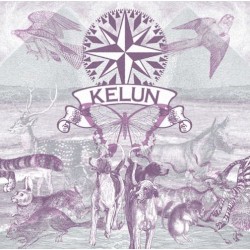 Kelun was originally a band named UTARI, formed in 2006. Their first album, "UTARI", was released in April. It took the indie charts by storm and the band went on their first tour, dubbed the "February Tour" in February 2007. In September 2007, the band officially changed its name to Kelun.

In February 2008, the band released "Sixteen Girl" as a single. It was chosen by JapanCountdown as its opening theme song. They went on a tour of Kanto in April, dubbed the "April Tour". In May 2008, bassist Satou Shuusaku left and was replaced by Yuki. Kelun’s second major single, "Chu-Bura", was released in July 2008 and was used by the anime Bleach as its 8th opening theme, catapulting Kelun to fame.